Whats up everyone, welcome back to my news and media blog at mmfb. Do any of you guys collect magazine covers? I started collecting Sports Illustrated magazine covers after finding some second hand bargains on the web and I have to say, my collection is getting a little impressive. I like to see how the covers have changed over the years, including the art style and the font but how the covers are all recognizable as one from sports illustrated. These are some of the ones that I am missing from my collection but would like to acquire somehow or another.

Coming right off an All-American season for the Iowa Hawkeyes, Calvin Jones was selected for the seventh Sports Illustrated cover. This marked the first time a college athlete, football player and most importantly an African American was on the cover, and it makes a pretty badass cover.

Michael Jordan wouldnt win his first championship for another two years, but in 1989 Sports Illustrated put the world on alert that it would happen sooner rather than later. Jordan not only looks like an immovable object with the two Cavalier defenders standing helpless in front of him, but he is off balance, fading to the left and shooting with only one arm. We all know he made that shot though. The amount of focus, awareness, basketball skill and general athleticism on display is amazing.

The All Time Olympian Michael Phelps

I really hope that you aren’t like my little brother and the first thing that pops into your mind upon seeing this photo is “8 CHAINZ!”. I think the most winning olympian of all time deserve just a little bit more respect. There are not many things that are more impressive than being the most successful olympian of all time, and in 2008 Michael Phelps went on an absolute tear to achieve that feat. The Olympics have been around for a very, very long time and will be around for longer still, but the name that is synonymous for greatness will always be Michael Phelps. 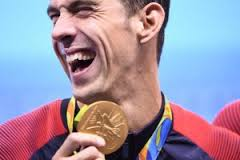 91 seconds. That is 1 minutes and 31 seconds, and that is all it took for Mike Tyson to knock out his heavyweight challenger Michael Spinks. The fight had been delayed as Spinks manager accused Tyson of using loaded gloves, and Tyson took his frustration of this accusation out in the ring. If you have watched the fight, you know that Spinks looks completely outmatched and terrified, which is enough to make my list.

If you have somehow been living under a rock for the past decade and a half, Tom Brady and Peyton Manning is essentially the football version of Trumpton. These guys are both sure first ballot hall of fame locks, and when ranking the best quarterbacks of the century they are 1A and 1B. This cover was put out before the two played each other in the playoffs, and pitched a Dodge City style theme to go with these two dueling gunslingers.

Perhaps the most iconic cover that Sports Illustrated has ever printed, the 1980’s US men's Olympic hockey team's story has not only been turned into a movie, but the cover was voted the #1 all time Sports Illustrated cover. The uncontrolled emotions of these huge hockey players crashing into each other, and the fact that this was the biggest sporting event of the Cold War era places this cover on a special pedestal above the rest. 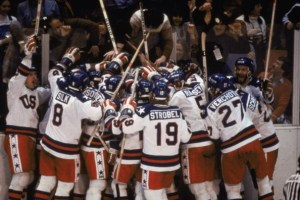 Red is often associated with different things such as fury, rage, anger, fire etc but when it comes to Tiger Woods, red just means Sunday. Tiger would always put on his red polo shirt for the last day of a major tournament, and that meant he was on the hunt. This picture used for this title was after Tiger won his fourth Masters Title in 2005 (which was the same tournament that has one of Tigers most famous shots) and shows us what we all want to remember him for-winning.

A fitting way to honor the life of a great man. Pat TIllman was only an above average safety in the National Football League, but Tillman left the NFL to pursue a career in the military where he made the ultimate sacrifice. Tillman was killed in a friendly fire incident leaving many questions unanswered, but what is know is that Tillman gave up millions of dollars to be a hero, and he looks like one of this cover. 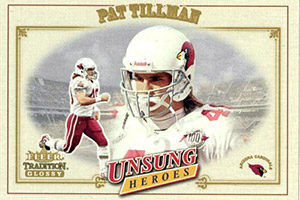 Those are the top Sports Illustrated magazine covers in my collection, I hope you guys enjoyed it! If you have trouble finding physical copies of any of these, be sure to try and download them onto your ebook reader. See you next week!

Flipboard →← A chilling story of Auschwitz