From Russia with Trump

Hello everyone, I hope this is reaching you all well. Thanks for your continued support of my news and media blog, I love writing here and love it even more seeing who comes to check it out every post. Now, at this point I am sure that most of you have heard about the latest documents released detailing United States President Elect Donald Trump and his ties to Russia. It appears the existence of this report was know by the U.S. government, as both Mr. Trump and current President Barrack Obama were briefed earlier this week by CIA staff on the existence of these reports and the troubles they could cause. Internet poll website BuzzFeed thought that they were smart and should release the report that had a mix of true information and things that seem too wild even for Trump, all whist being unverified. Some of the item are things that seem obvious, like Russia leaking the Hillary emails earlier this year but unsubstantiated still.

The release of these documents confuses me. On one hand, it has now made every journalist's job harder, as this was easily dismissed as fake news by Trump and his staff who then went on to get in a yelling match with a reported from CNN. The release of these documents has helped to open the eyes of the public to how this wacky election unfolded and how a racists, delusional man with tiny hands won the election. On the other hand, this is giving more fuel to the fire of ‘fake news’ and forcing more reputable new sources to suffer because of it. If CNN cannot talk with the new president, then who will? Have a think about this one guys, whos side are you on? See you all next week. 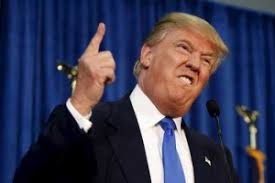 Nintendo Power Magazine →← The last man on the moon is dead